Grab your FREE copy
of our new ebook.

Fill in your details and we'll send you our free ebook

Why you need the latest type of laptop – the Ultrabook

I recently spoiled myself to a new laptop for xmas. My old laptop had lasted for about 3 years but it was on its last legs – it was falling apart, the battery was only lasting 1 hour and it was painfully slow.

So as most people do when they are in the market for a laptop I looked around online and in-store, and with the benefit of hindsight I made a very good decision-  I decided to part with $1,600 and buy an Ultrabook. If you have not heard about Ultrabooks they are a new version of laptop with the following features:

•They are 13” or 15” screens
•They weigh not more than 1.3kg (most standard laptops weigh between 2.7kg and 3.5kg)
•They are very slim (less than half the thickness of laptops)
•They have a minimum battery life of 7 hours
•They have instant on feature, and take less than 20 seconds to boot up if you are not using the instant on feature
•They have power cords like an apple charger (ie they are much smaller and lighter than a lot of laptop power cords)
•They have the same processor speed and memory as a normal sized laptop – so they are just as quick

The only downside seems to be the lack of a DVD drive, however you can buy a plug in drive cheaply. In fact there are 2 important upsides of not having a DVD drive built in – your laptop is much lighter and the battery live is much longer.

Ultrabooks are basically a cross between an ipad and a laptop, in fact they are very similar to the Macbook Air – the smallest version of the Mac. Anyway I can’t recommend Ultrabooks enough – I travel around a lot with work and having a lightweight PC that has instant on and a long battery life makes such a difference.

I ended up buying an ASUS Ux31 Ultra slim and love it – the only thing a would say isn’t perfect is the mouse pad – it’s a bit sensitive – however I bought a cordless Logitech mouse for $50 and hardly need to use it. Anyway do your research as there are a number of PC brands that are now selling Ultrabooks.

I also bought 2 years extra warranty for $150 and an extra power cord online for $70 because most retail outlets don’t sell Ultrabook power cords so they are hard to get if you need one quickly.
If you would like to know more about Ultrabooks please do not hesitate to contact me (Neil) at info@cfoadvisory.com.au.

Grab your FREE copy
of our new ebook. 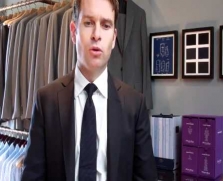 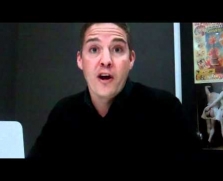 Our money back guarantee

In addition, if you are not happy with our services provided in any given month, you can tell us within the month and you decide our fee that month.